This article is a repost of Rough Notes’ article about the winner of the 2021 Agent for the Future Award, Outstanding Agency Overall.

For the past four decades, The J. Morey Company, Inc., has maintained a clear focus on growth. Established in Cerritos, California, in 1980 by John, Jack and James Morey, the agency quickly built a reputation for serving individuals, families and businesses with high quality insurance products and professional, reliable service.

It didn’t take long for the Orange County firm’s leaders to set their sights on expansion—acquiring in 1982 what was then the oldest existing Japanese- American insurance brokerage in California, the Hirohata Insurance Agency.

Growth continued over the years and the firm now operates four California offices—one in San Jose, in the northern part of the state, and one each in Anaheim, Torrance, and down-town Los Angeles’ Little Tokyo/Arts District, all in Southern California. 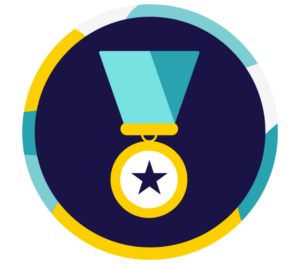 Click here to learn more about the Agent for the Future Awards.

Today, at the agency helm is next-generation leadership, including Joshua Morey, president, who joined the firm a dozen or so years ago and purchased it from his father and uncles over the past five years. Key among Joshua’s early accomplishments was establishment in 2012 of the agency’s office in Little Tokyo—on the very same street where his immigrant great-grandfather opened and ran a general store, The Asia Company, more than 100 years earlier.

In 2020, the agency celebrated 40 years in business and earned the title of Best Insurance Agency in Downtown Los Angeles by DTLA News. And this year, the agency won the Liberty Mutual and Safeco Insurance Agent for the Future™ Outstanding Agency Overall award for its forward-looking approach to building and growing its business.

The Agent for the Future Award application that Joshua put together along with agency CEO Kevin Fukuyama referenced the dramatic growth the agency has experienced recently, citing digital marketing and leveraging insurtech as key drivers.

“Data is everything in the current environment,” the applicants wrote, “and the better we know our internal metrics, the better we can plan the future.”

This revelation led the company to create its own insurtech platform—kodoinsure.com, which helps the agency benchmark real-time data for actionable insights.

According to Joshua, “We wanted to be able to pull reports and compare our performance against benchmark data, so we created our own platform that would enable us to pull data from our management systems. That would provide real-time data analytic insight so that our management team can act quickly.

“Decisions need to be made so fast these days,” he adds, “and it’s important to have data that helps support those decisions and have that data be readily available without the need to waste a lot of time gathering it.”

This focus on data—and certainly the internal creation of an insurtech platform—represent significant progress from where the agency was when Joshua joined the firm. “Back in ’09,” he recalls, “we barely had a website, and we didn’t have any digital presence to speak of.” Joshua was able to convince his dad and uncles of the value of building such a presence and moving forward to create one.

“Being relevant to my generation and the generation that comes after me has always been part of my DNA,” Joshua explains.

In the Agent for the Future Award application, Joshua and Kevin noted that while adapting to the changing digital environment is critically important to the future of the firm, what is even more important is “the Agent of the Future needs to remember the past.”

They noted that Joshua’s father and uncles created “an incredible reputation in our Japanese-American community, and those values are the compass for the direction in which we grow.

“Every day there’s a new product, service, or platform being released, and it’s paramount that any future decision is rooted in the values of the company’s past,” the application noted. Joshua explains, “I wouldn’t be here if it wasn’t for the people that went before me—my dad and my uncles, and others who have been part of our community.”

In the application, Kevin and Joshua noted,

“The J. Morey Company believes in the future of minority-owned agencies. Many of these agencies lack a perpetuation plan and, furthermore, don’t want to sell their agency to someone who doesn’t understand their cultural roots.”

Over the past 41 years, J. Morey Company has merged with or acquired other agencies serving the Japanese-American and other minority communities and has built operations to meet their unique and growing insurance and risk management needs.

Such growth has been exponential as of late. “Over the past 12 months, we actually tripled the size of our agency through merger and acquisition activity,” Joshua notes. “The real heart behind that is some of these agencies have been serving our Japanese community for years and years.”

In the application, Joshua and Kevin pointed out that “diversity, equity, and inclusion are extremely relevant issues that every company in America is facing today. … [W]e aren’t just talking about these issues but are actively participating in its future.”

The agency that started in 1980 with a team of five—including the three principals—now is home to 50-plus employees. Building on its initial offerings of personal and commercial property and casualty insurance, the firm continues its focus in the Japanese-American community, specializing in custom-designed retail insurance packages and health and life insurance plans, while also now serving Spanish-speaking business owners and communities.

Its highest priority remains a commitment to service, professionalism, and insurance knowledge.

“As we’re looking to the future, we will continue these commitments, of course, but even more than that we have an opportunity to carry on a community legacy through insurance,” Joshua explains.

“The things we’ve done over the years—the things that are part of our DNA, like being at the cutting edge of technology—are a big part of us staying relevant,” he notes. “But the distinguishing element in my mind is growing exponentially and being able to carry on legacies through implementation of digital practices and the use of insurtech offerings that help scale our operations and make them even more relevant for the next generation.

“It’s extremely satisfying to me that we have a role in not only the insurance industry’s perpetuation but also in terms of minority communities that are represented in insurance; I’m extremely proud that we could play a part in that role,” he concludes.

Reprinted from the December 2021 issue of Rough Notes magazine with permission. Click here to read the original, unabridged version of the article.

Dave Willis is the editor-in-chief of Rough Notes magazine.

Starting Conversations About Diversity in the IA Channel

The Future of Work Has Arrived: How Independent Agents Can (and Should) Adapt